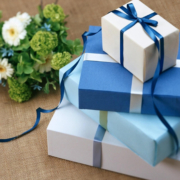 " I loved the examples. They focused on the topics and in short time. Great!! "

" Simon had a great sense of humor. He made the whole training fun. He was also knowledgeable and able to... "